Providing quick response assistance for people that lost someone to suicide.

Find out why the L.O.S.S. Team provides an impactful and most vital service for our community.

The L.O.S.S. (Local Outreach to Suicide Survivors) Team Program has become the most vital and impactful service that the Front Porch Coalition provides to people who have lost someone to suicide. This program is an active model of post-intervention made up of a team of trained survivors who go to the scenes of suicides to disseminate information  to the victims about resources and be a beacon of hope for the newly bereaved.

The primary goal of an Active Postvention Model (APM) that this program is based upon is to let survivors of suicide know that resources exist as soon as possible following the death while providing support and hope. Without the help that is provided to people traumatized by such a tragic death, so many suicide survivors would feel alone, isolated, and succumbing to many mental health difficulties.

The Front Porch Coalition’s L.O.S.S. Team has assisted families in getting services within two weeks of enduring their loss. Since its implementation in 2005, some of the current team members were at one time reached by this L.O.S.S. Team, a true testament to the impact and success that the program has made on the lives of people who have lost someone to suicide. This L.O.S.S. Team was one of the first teams to start after Dr. Campbell’s first team began.

This model has now been
replicated in countries around the world.

Who created the L.O.S.S. team?

Frank R. Campbell is the former Executive Director of the Baton Rouge Crisis Intervention Center and the Crisis Center Foundation in Louisiana. He is currently the Senior Consultant for Campbell and Associates Consulting where he works with communities and on Forensic Suicidology cases.

It was due to his more than twenty years of working with those bereaved by suicide that he introduced his Active Postvention Model (APM) most commonly known as the L.O.S.S. Team (Local Outreach to Suicide Survivors). His work with survivors and victims of trauma has been featured in three Discovery channel documentaries.

Dr. Campbell has also been selected to receive the Louis Dublin award at the 2010 American Association of Suicidology Conference. Dr. Campbell is a past president of AAS and has received the Roger J. Tierney award for service. He was Social Worker of the Year in Louisiana and the first John W. Barton Fellow selected in his hometown of Baton Rouge, Louisiana. To learn more about Dr. Campbell’s work and the impact that the L.O.S.S. Team Program makes, visit his website at LOSS  Team. 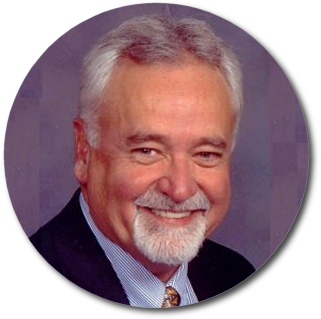 2006: The LOSS Team and the Pennington County Sheriff’s Office partnered to begin bringing the LOSS Team to the scene of suicide deaths, with the goal of helping newly bereaved and traumatized suicide survivors cope with this difficult loss and ensure that their needs were met.

2008: Research proved this method of immediate outreach ensures survivors seek help on average within 39 days as compared to 4.5 years when not reached immediately.

2014: LOSS Team beginning to respond with law enforcement officers in both counties to assist in severe suicide attempt cases where victim is unlikely to live, providing assistance to officers, families,
and friends.

The LOSS Team is made up of trained volunteers who respond 24/7 with law enforcement to help newly bereaved and traumatized suicide survivors. Volunteers on this team make a significant commitment to help those in need while joining a group of suicide survivors who have come to a point in their grief journey where they can help others. Additional volunteers are always needed. If you are interested in volunteering, you should be a suicide survivor and be able to be share on call duties.